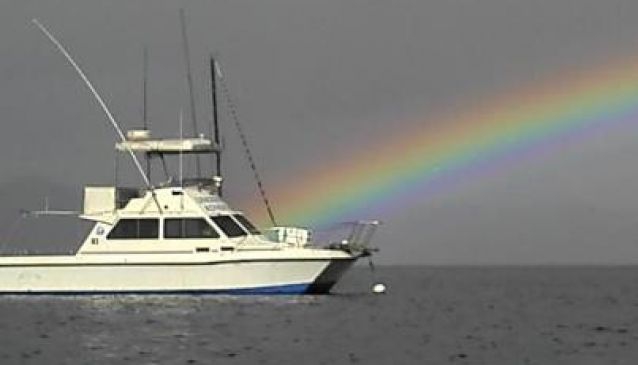 Underwater Adventures Tasmania was started in 1997 by Sue Wragge whose passion is diving and supporting and teaching others in diving and snorkelling. A full range of Scuba Dive International (SDI) courses are available, with dive charters covering South East Tasmania from their base in Hobart. Their 10m dive boat departs daily from the Battery Point public jetty at the bottom of Derwent Lane (extension of Trumpeter Street). Parking is available. Pick up is also available at Watermans Dock in the city (by arrangement).

As well as training hundreds of people to snorkel and scuba dive, Sue has done thousands of dives herself so knows what and where makes a good day out. It may involve exploring kelp forests, rocky reefs, sponge beds or seagrass beds, seeing marine life that you'll see nowhere else in the world or exploring a ship's final resting place. With numbers limited to a maximum of seven, you will find it more like a day out with a friend, learning about the local history and enjoying some afternoon tea.

Sites dived include around the Derwent estuary, the D'Entrecasteaux Channel, Bruny Island, Betsey Island, Storm Bay and the south coast.

In conjunction with 'Go' Charters, dives are run at the southern-most dive sites in Australia including Pedra Branca, Maatsuyker Island, the Actaeon Islands, the south coast of mainland Tasmania and Bruny Island, and the rugged south-west. We depart from Southport on the 15m cruiser 'Go', which is perfect for the more isolated wilderness diving of southern Tasmania.