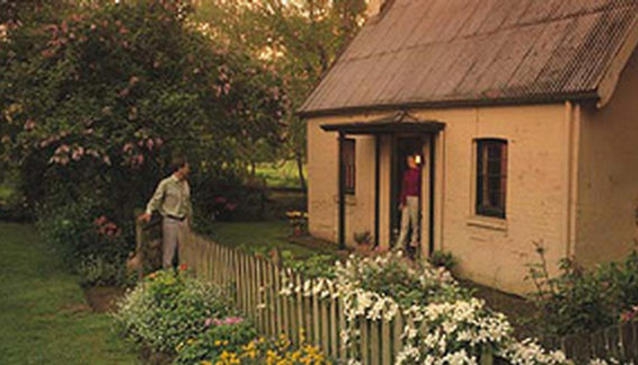 Settled in 1824 by William Archer, the property borders Woolmer's Estate to the east which was granted to his brother Thomas. The properties are jointly listed as one of the eleven convict sites in Australia that are World Heritage listed.

The estate has been farmed continuously by descendants of the Archer family, which much of the convict-built farm complex still intact. The Georgian homestead has an interesting four hectare garden, with many English and exotic trees, of an age that there are few of in Australia.

The Convict Interpretation Centre gives us an insight into the convict assignment system. The assigned female convicts would have been found undertaking domestic duties, whilst the male convicts had plenty of farming and building work to keep them occupied. Those with trades would have been utilised in their field, be it tanning, blacksmithing, bricklaying, shoemaking, etc. Evidence of some of their hard work is obvious with a convict-built gardener's cottage, coachman's cottage and stables, granary, blacksmith's shop, smokehouse, woolshed, Dutch barns and a chapel. Weddings have used the Gothic chapel, though some have just utilised the heritage gardens. Many of the buildings were constructed in the 1830's including the poultry shed. It’s pretty fancy, with gable ends, decorative brickwork and nicely moulded fascias!

Self-contained accommodation is available onsite in the original coachman's or gardener's cottages. Later additions are three farm cottages made from recycled building materials.

A new feature is a convict farm walk that covers 2.8km and takes in part of Brickenden and Woolmer Estates.

Animal Feeding starts at 10am daily.