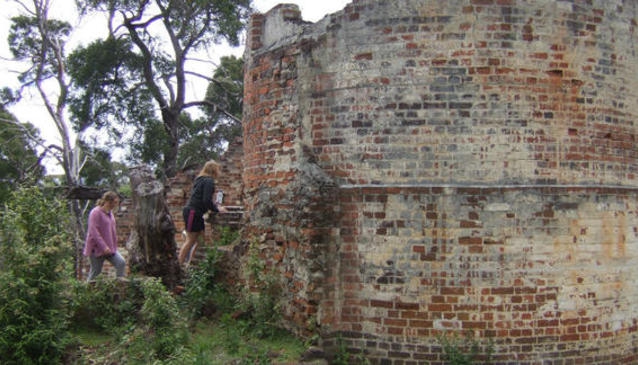 Now a National Park, Maria Island has seen its fair share of action. It saw whalers set up their whaling stations, free settlers trying to make a go of it, and in between served as a holding place for convicts, not once but twice.

It was opened as a convict station in 1925 to take some of the pressure off other penal settlements whose numbers were increasing. It was abandoned in 1832, but brought back into service from 1842, to the cessation of the probation system in 1850. Within the probation system were three classes with various privileges attached to the higher two. They were criminal class, second class and first class. The island's convict population peaked at 492 in 1846.

There are no motor vehicles and no shops today, just as then. How much the prisoners got to enjoy the rugged cliffs, mountains, stunning views and wildlife probably depended on their class in the probation system. Work was extracted out of many of them, with the buildings and ruins testament to that.

The Coffee Palace Museum depicts life on Maria during the late 1800's.

Access to Maria Island is from Triabunna, with the ferry arriving at Darlington on the island.