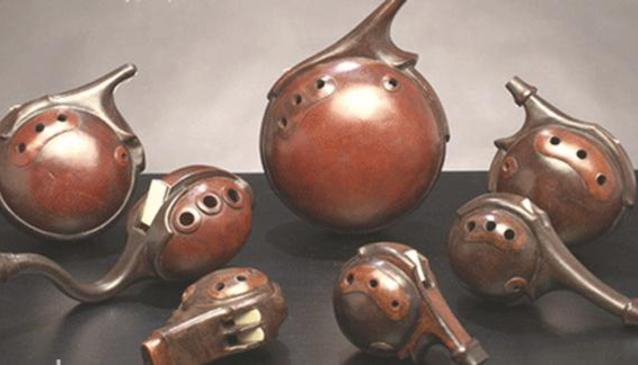 The Queen Victoria Museum & Art Gallery is Australia's largest, outside the state capital cities. The original purpose-built building in Royal Park, built in 1891, still contains the art gallery. This only reopened in September 2011 after an extended closure for refurbishment. The art gallery houses an extensive collection of colonial art. A new area is called ArtSparks, which is designed to appeal to children. It has paintings hung at a lower height, with easily worded questions about the pictures to get them thinking, and of course materials for them to reveal their own artistic talents. The old railway workshops in Inveresk have been transformed to house the museum, including the planetarium. There is plenty to see including vintage cars and caravan, scrimshaw and whaling equipment. The old blacksmith's shop has a walkway to guide you through, with voices and sounds associated with its working days. The story is told of the important engineering role played by the railway workshops, from their opening in the 1870's to closure in 1994. The variety of native birds and animals can be seen on display. Any children will particularly love the interactive science centre called the Phenomena Factory -well adults too- we found the Perception Tunnel intriguing. The two locations are a pleasant walk or short car trip apart.

Bea Maddock Paintings 1956-1968: Order of Australia recipient Bea Maddock was born in Tasmania, and studied art education at the University of Tasmania. The art gallery currently has 28 of her works exhibited for your viewing pleasure.

A Creative Century: looks at the growth of decorative arts from the 19th century, it's influences from other countries and flora etc. The Tasmania Arts and Crafts Society, a great showcase for decorative arts, was established in 1903.

Guan Di Temple: Late in the 1870's Chinese workers began arriving in Tasmania, seeking out a living in the tin mines around the North East, numbering around 1000 by the 1880's. Well respected in the community, they worked hard, with many becoming wealthy and helping to develop the city of Launceston. The Queen Victoria Museum has on display the Guan Di Temple a complete working Chinese Buddhist temple, complete with incense burners, decorated plaques and other ceremonial items.

A Distinctive Colour: A celebration of blue and white ceramics, spanning over 1000 years. These beautiful pieces are still very popular today, with many households owning a piece or pieces of this superb pottery.

The Convict Stain: Vice, Virtue and John West, tells the story of Reverend John West's fight to stop the conveyance of convicts to Van Diemen's Land, and the resulting emergence of their own governing body. From his home town of Launceston, Reverend John set in motion the beginnings of government in Australia today.

The Queen Victoria Museum and Art Gallery presents: The Convict Stain: Vice, Virtue and John West, tells the story of Reverend John West's fight to stop the conveyance of convicts to Van Diemen's Land, and the resulting emergence of their own governing body. From his home town of Launceston, Reverend John set in motion the beginnings of government in Australia today.

Australian Nurses do a fantastic job of taking care of the sick, often under difficult circumstances, none more so than in war times. The Queen Victoria Museum and Art Gallery pays tribute to these incredible women with their exhibition; Nurses: From Zululand to Afghanistan, showcasing the selflessness and true Australian spirit shown by them all in desperate times, under harrowing conditions to care for others before themselves.