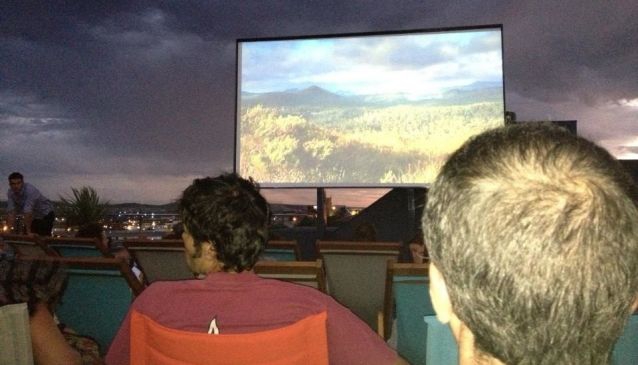 The State Cinema has been the home of quality film and programming since it first opened its doors to the public in 1913 as a moving picture house. Whilst times have obviously changed (including the important move from black and white to digital colour film) the building has retained its original façade and retro touches of nostalgia. They have recently installed seven new screens to show a variety of international and local art films, suitable for all tastes.

They even make the most of the Tasmanian sunshine and have a rooftop cinema during the summer months. These include all of the latest Hollywood releases, shown on a large projector screen under the stars, where guests get to lounge on deckchairs.

There is also a fully licensed café bar, which sells Tasmanian wines and beers. As well as non-alcoholic drinks of hot chocolate, coffee and cakes. There are also savory options, quick snacks and bags of sweets, which are available to take into the cinema with you.