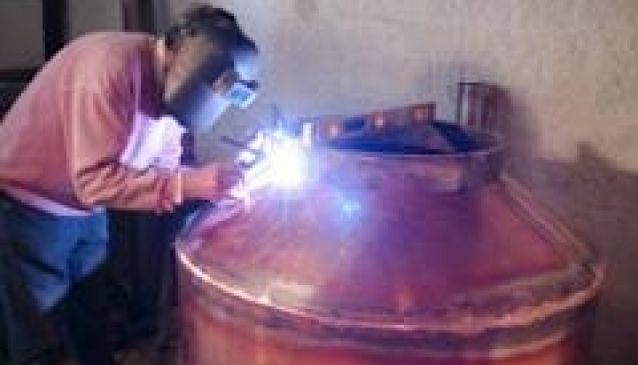 Peter built his own 500 litre copper pot still, which is direct fired by homemade biodiesel which he makes from waste oil obtained from the nearby roadhouse.. The handmade copper still is reportedly the only biodiesel-powered still in the world.

Two spirits have been released so far, which are technically not whisky as they haven't been aged in oak. The distillery is also now producing aged rye whiskey matured in oak barrels.