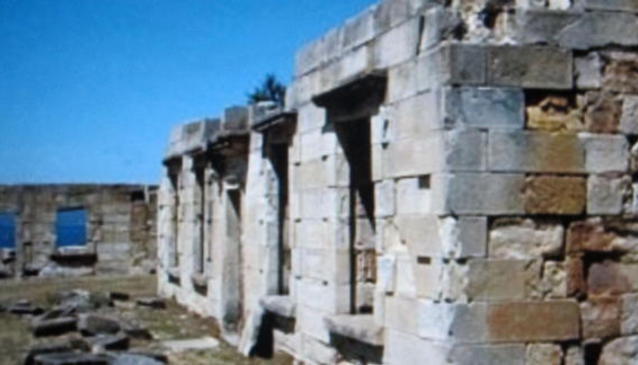 Being sentenced to Port Arthur was known to put dread in the hearts of men, but it is reputed going to the coal mine was even worse. The records of floggings and solitary confinement testify to punishment being meted out, in addition to the harsh sentence of working at the coal mines.

The coal mines operated with convict labour from 1833 to 1848. Though underground workings are not accessible, the remains of stone and bricks buildings are still present. There are ruins of barracks, solitary confinement cells, officers' quarters, a chapel, bake house, cookhouse, guardhouse and store. What is left of the loading wharves for shipping out the coal, are linked to the collapsed shafts by a network of tramways.

On further exploration, there is evidence of semaphore stations, and industries such as tanning, quarrying, brickmaking and lime production. There are walks that can be undertaken, ranging from minutes to hours. Printed guides are available from the Port Arthur Historical Site visitor centre, or can be downloaded off the internet. There are evidences in the area of the traditional owners, the Pydairrerme people, so if you come across middens please show respect and don't walk on or pick up associated material.

In a day when little was wasted, the sandstone the commissariat store was built of was reused to build the Anglican Church at Dunalley.

The Coal Mines Historic Site is not staffed and admission is free. Toilets are available.